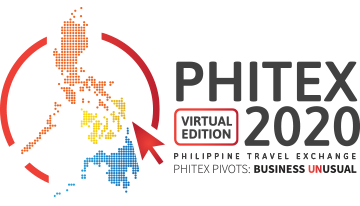 The Republic of the Philippines is an archipelago consisting of some 7,641 islands and islets lying about 800 km off the southeast coast of Asia and stretching 1,850 km from north to south. It is bounded by the Philippine Sea to the east, the Celebes Sea to the south, and the West Philippine Sea to the west and north. The Philippines takes its name from King Philip II, who was king of Spain during the Spanish colonization of the islands in the 16th century. Manila is the biggest city and the national capital. It is located in Luzon, the largest island. Only about two-fifths of the islands and islets have names, and only 350 are larger than one square mile.

The Philippines is home to about 109 million people. Filipinos comprise of 111 cultural and linguistic groups of Malay-Polynesian origin, with varying degrees of Chinese, Spanish and American influences. About 90 percent of Filipinos are Roman Catholic, with smaller numbers of Protestants and Moslems. The national language is Filipino, although English is the language of commerce and politics.

Because it was ruled by Spain for 333 years and the United States for a further 48 years, the Philippines has many cultural affinities with the West. It is the fourth most populous country in which English is an official language and the only Christian country in Asia. Educationally, it is among the most advanced of Asian countries.

Filipinos are a freedom-loving people, having waged two peaceful, bloodless revolutions against what were perceived as corrupt regimes. The Philippines is a vibrant democracy, as evidenced by 12 English national newspapers, 7 national television stations, hundreds of cable TV stations, and 2,000 radio stations.

Filipinos are warm, hospitable and fun-loving people. Throughout the islands, there are fiestas celebrated everyday and foreign guests are always welcome to their homes.

Metered and fixed rate taxis are widely available in key cities nationwide. Jeepneys and buses are inexpensive ways of getting around most places. In Metro Manila the fastest way of commuting is via the railway system. LRT connects the northern district of Monumento to the southern district of Baclaran with stations situated at major intersections. MRT traverses the length of EDSA and connects North Avenue in Quezon City to Taft Avenue in Pasay City, passing through the major arteries of Makati’s financial district.

There are two official languages — Filipino and English. Filipino which is based on Tagalog, is the national language. English is also widely used and is the medium of instruction in higher education. The eight (8) major dialects spoken by majority of the Filipinos are Tagalog, Cebuano, Ilocano, Hiligaynon or Ilonggo, Bicol, Waray, Kapampangan, and Pangasinense.

Filipino is that native language which is used nationally as the language of communication among ethnic groups. Like any living language, Filipino is in a process of development through loans from Philippine languages and non-native languages for various situations, among speakers of different social backgrounds, and for topics for conversation and scholarly discourse. There are about 76 to 78 major language groups, with more than 500 dialects.

The Philippines’ monetary unit is the Philippine Peso (Php), divided into 100 centavos. Foreign currency may be exchanged at any hotels, most large department stores, banks, and authorized money changing shops accredited by the Central Bank of the Philippines.

Most national dailies are in English. Foreign publications are sold at major hotels, malls, and bookstores in Metro Manila and key cities. There are 7 national television stations which broadcast mainly in Filipino. Cable TV is available in many hotels in Manila and in many parts of the country.

Water in Metro Manila and in key cities and towns is potable and safe for drinking. Bottled water is available in many hotels, restaurants, resorts, supermarkets, and convenience stores. 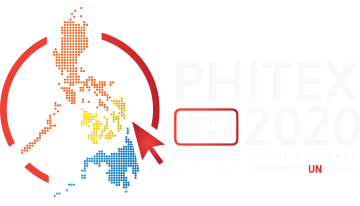 PHITEX2020
We use cookies to ensure that we give you the best experience on our website. If you continue to use this site we will assume that you are happy with it.Ok